In search of truth.

On February 24, 2022, Russian troops invaded Ukraine under orders from Vladimir Putin, thus beginning the most significant conflict in Europe since World War II, Bosnia, and Herzegovina, and sparking the largest internal refugee crisis in almost a century. Calamity and Mercy is the story of the aftermath. The human voice of the conflict acting as a direct counterpoint to ethnic Nationalism and Russian propaganda used to dehumanize their victims and justify naked aggression.

Tempelhof offers a stunning, timely counterpoint to the dehumanization and stereotyping of migrants perpetuated by misunderstanding and fear, following six individual journeys of courage and hope as they flee their homes for the west and begin the process of cultural integration. Through intimate first-hand accounts, asylum seekers share their compelling, and dangerous journeys of hope to the West, reversing the psychological process of dehumanization by highlighting the humanity of each courageous interviewee.

Tahriib slips away the mask of anonymity shrouding the 1.8 million refugees who’ve entered Europe since 2014. Through their own words six refugees detail their previous lives, dangerous journeys from Africa to the West, and attempts to integrate into Western culture. Each unique narrative serves emphasizes our shared human experience. Alongside, social and other aid workers provide a framework for challenges new immigrants often face as they attempt integration.

THE ROADS OF EXILE

A series of intimate portraits, conversations that could happen over a kitchen table bathed in natural light. Conversations that become almost reverent in their contrast between the humanity of the speaker and the stark tragedy they’ve endured. Much like Vittorio De Sica’s Two Women, our goal is to underscore the devastating impact of conflict, creating empathy with a shared experience. Even as the narratives are a collection of grim road trips, we are left with a sense of hope that these horrific events can be endured and overcome.

No one leaves home unless home is the mouth of a shark.

NO HUMAN IS ILLEGAL

Since the peak of the current refugee crisis in 2014, over 1.8 million refugees have entered Europe, fleeing from violence, persecution, poverty, war, and starvation. While the flood of refugees has slowed somewhat in the last three years, the inflammatory, often inaccurate rhetoric surrounding the topic of immigration and refugees has spiked again, leading to a growing surge of anti-immigrant voices in both the US and Europe as well as an increase in violence toward refugees.

Help us challenge the growing culture of fear concerning refugees and migrants by creating empathy and underscoring our common ground.

We'd love to hear from you. Whether you are interested in collaborating with our talented artists, sharing your ideas for new films, or wondering how you can support us, send us a message using the form and we'll get back to you just as soon as we can! Thanks for taking the time to reach out. 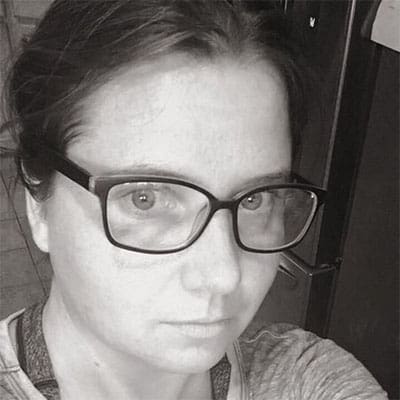 Kay (USA) is a screenwriter, film maker, and screenwriting consultant in Los Angeles, California. She studied Screenwriting at Chapman University, and English at Northern Arizona University. Her latest film is The Miseducation of Bindu. 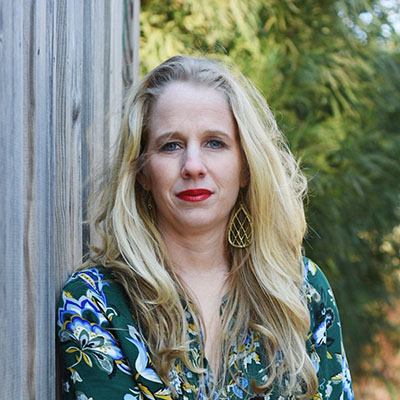 Molly (USA) is a storyteller at heart with an artist eye for color and balance. She has years of experience writing across industries in a variety of voice. She is obsessed with grammar, word choice, and policing unnecessary adverb usage. Most recently, Molly has been teaming up with nonprofits and documentary filmmakers to write grant and funding proposals. Her mission is to find out who is making the world better and make that known most effectively. 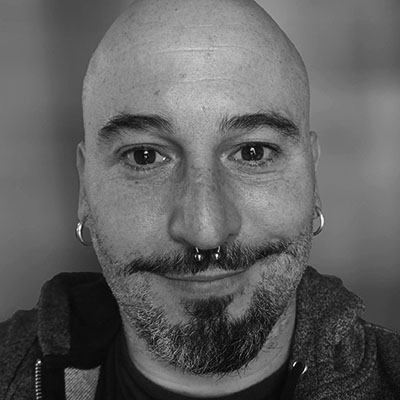 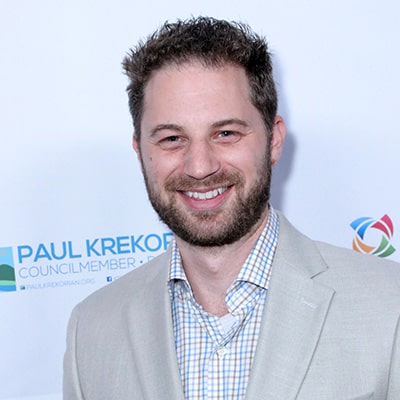 David C. Keith is an editor, director and producer in Los Angeles, California. After graduating from Cal State University, Northridge with a BA in Film Production, David started CineByte Productions, LLC, which has produced a documentary feature film and two narrative short films with David as Director. Aside from these projects, David has edited several feature films and produced a number of docu-style short films. 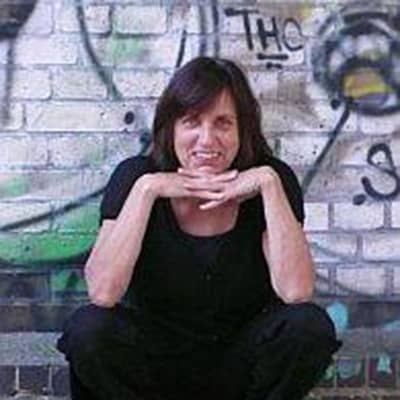 Gertrude (Germany) studied educational science in Bielefeld and economics in Berlin. She became involved with filmmaking in 2009 and has been working as a producer ever since. She has directed the documentary “Rent Rebels,” shown around the world, with Matthias Coers, as well as being the director of two shorts, “Dragon Circle” and “Cabuwazi Beyond Borders.” She is currently working on a new film about gentrification. 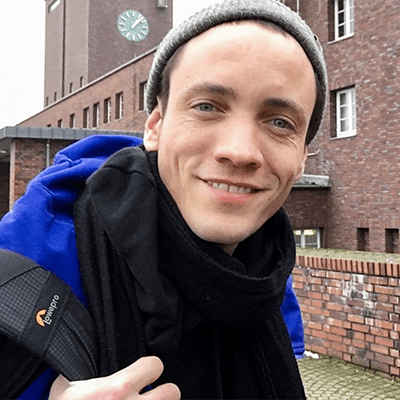 Grischa (Germany) works as a freelance programmer. He is active in sound and film editing. Together with Matthias Coers, he has been involved in the distribution and organization of events with the documentary film Mietrebellen in Germany and abroad. He is included in the Berlin tenant movement and organizes series of events with the Berlin tenants' association on international issues of housing and the development of the cities. 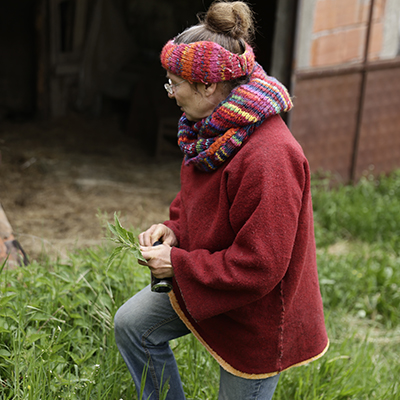 Claudia (aka Gayatri) (Germany) is a uniquely skilled photographer, focusing on the natural and spiritual elements of the project. Her focus informs her still photography. Her wide international network is essential in establishing initial coordination for projects with activists, artists, and small NGOs. 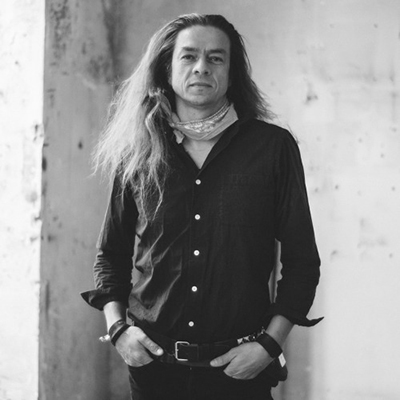 Matthias Coers (Germany) is an independent filmmaker and sociologist. As a freelance journalist and cameraman, he produces photographs, texts, and videos, for trade unions, tenant organizations, AIDS assistance, and newspapers. He is working on the subject of housing issues in Berlin, the history of antifascism in West Germany and housing in Europe. 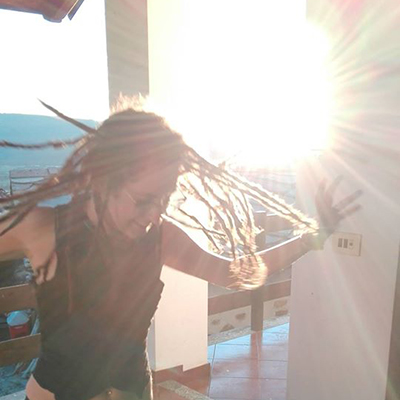 Alice (Italy) is a critical collaborator on Tahriib, her first documentary experience. She is outstanding in coordinating schedules with both official and unofficial contacts for interviews and travel arrangements in Italy. She also provided the humor, friendly persuasion, and patience to help interviewees feel comfortable and keep all involved in high morale. 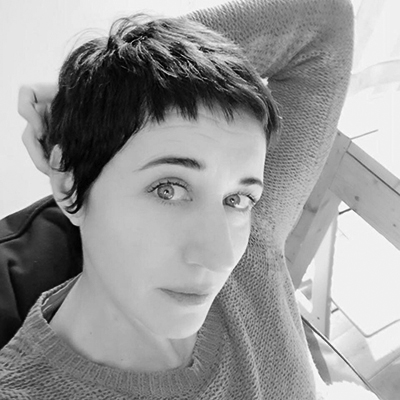 Simone (Germany) started her promo producing and editing career in her early twenties after she graduated from the “Schule für Rundfunktechnik SRT” (now known as ARD ZDF Media Akademie), where she learned editing, budgeting, directing and shooting. She performed as a promotion producer at the German Pay-TV Channel Premiere (now known as SKY) for ten years, where she produced commercials and short documentaries. 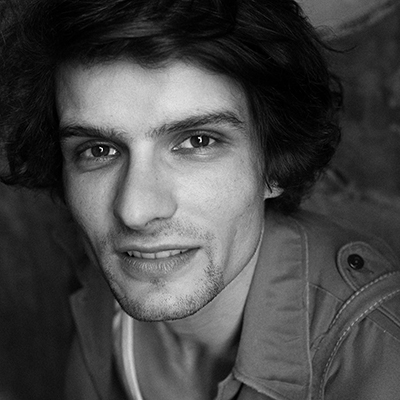 Born in France with a degree in geography, Jean added to his experience and knowledge base by hitchhiking through South America and Europe for two years. He then lived in Berlin for three years where he started his own poetry projects. A strong believer in spirituality, Jean is focused on what is disappearing in the visible world and can only be seen and felt with the heart. 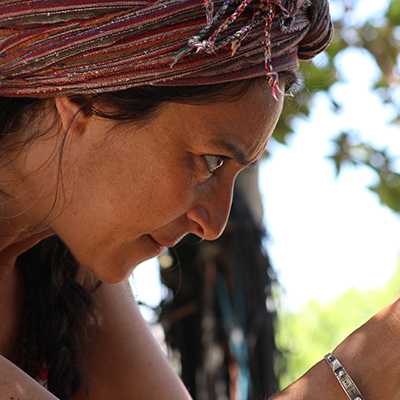 Laura was born in the United Kingdom and now lives in Spain. She is an aspiring filmmaker and has created the short documentary Somos Humanos (2018), interviewing migrants from Africa, in the area of Granada. She is an accomplished translator, production assistant, and camera operator. 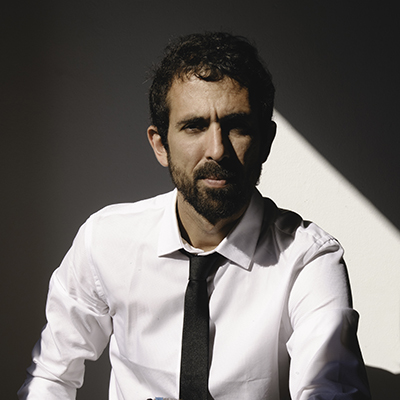 Joaco Barcala was born in Uruguay, where he graduated from Visual Arts and New Media. Since then, his work has focused on visual art production and photography, focusing on human relationships and social issues. He has participated in feature films, advertising and documentaries as a filmmaker, camera and photographer. As a photojournalist he has focalized his work on housing and gender as well as film and dance. 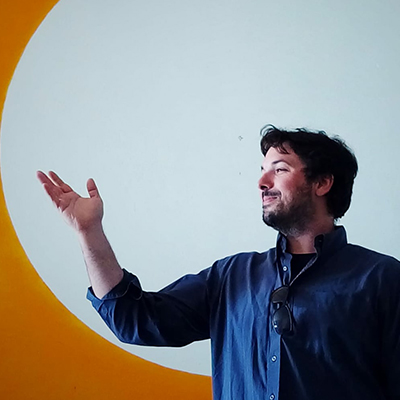 Rodolfo Colombara (Italy) is a filmmaking instructor and professional video maker. He directs, shoots and edits mainly in the advertising, music, documentaries for large international brands, national foundations and for local companies in Torino, Italy. 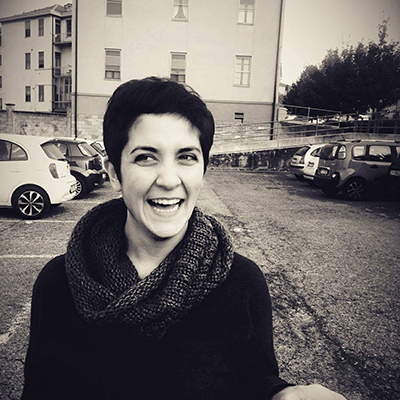 Valentina (Italy) collaborates closely with Rodolfo at GA TA audiovisual as an experienced professional filmmaker. She assists in co-directing, filming, and editing. She also creates advertising, music, and documentary projects, both for international brands, national foundations, and local companies, as well as creative projects in collaboration with independent filmmakers and performance artists. 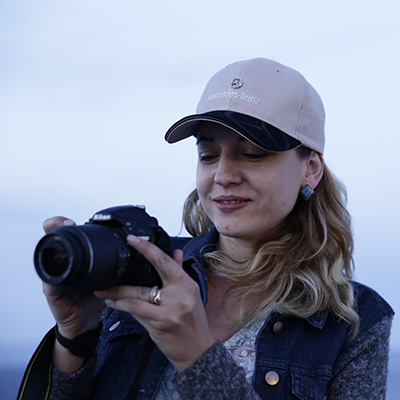 Pavlina is an award-winning cinematographer and photographer with a record of achievements in the field of still and moving images. She graduated with an MFA in photography from the New York Film Academy in Los Angeles. Most recently, she was director of photography on the prize-winning documentary “50/10 Saul Turteltaub,” and was the lead photographer for Royal Gor Studio for the Brent Shapiro Foundation in 2015. 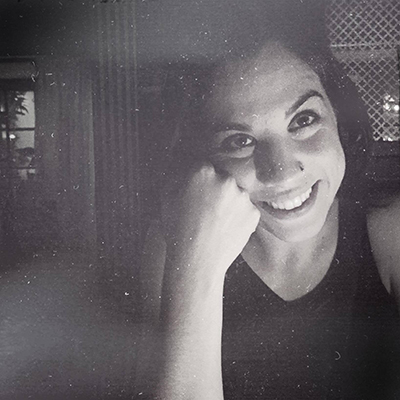 Carla Roda is an award winning director, editor and producer from Barcelona, Spain currently based in LA. She’s worked all over the world, including Spain, France, Canada, Australia, and the US. This year she was selected to be one of the mentees in the “Karen Schmeer Film Editing Fellowship,” a program designed to cultivate the careers of emerging editors from diverse backgrounds. Website // Tabata Films 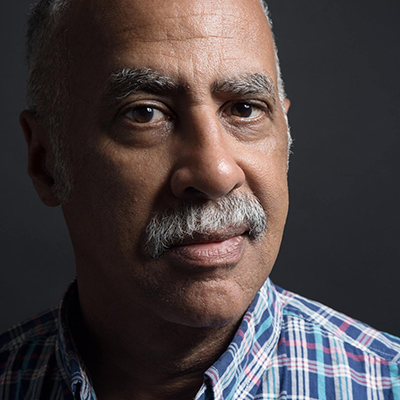 Award-winning screenwriter and veteran Daniel W Smith graduated from George Mason University, the Joint Military Intelligence College, and holds an MFA in both Screenwriting and Producing from the New York Film Academy. Previous work includes 50/10 Saul Turteltaub (2016) | Tahriib (Those Who Travel North) | Landfill | Freedom of Movement Festival (2018) and has two more in production.

This website uses cookies to improve your experience while you navigate through the website. Out of these cookies, the cookies that are categorized as necessary are stored on your browser as they are essential for the working of basic functionalities of the website. We also use third-party cookies that help us analyze and understand how you use this website. These cookies will be stored in your browser only with your consent. You also have the option to opt-out of these cookies. But opting out of some of these cookies may have an effect on your browsing experience.
Necessary Always Enabled
Necessary cookies are absolutely essential for the website to function properly. This category only includes cookies that ensures basic functionalities and security features of the website. These cookies do not store any personal information.
Non-necessary
Any cookies that may not be particularly necessary for the website to function and is used specifically to collect user personal data via analytics, ads, other embedded contents are termed as non-necessary cookies. It is mandatory to procure user consent prior to running these cookies on your website.
SAVE & ACCEPT